Boat capsizes off Kromme and spear fishermen have a shark encounter

NSRI St Francis Bay duty crew were activated early on Monday following reports of a boat capsized with seven people onboard, including children, all wearing life-jackets, at the mouth of the Kromme River.

The sea rescue craft Spirit of St Francis II was launched and NSRI crew responded directly to the scene and found that all seven were safely ashore by the time NSRI arrived.

One girl was treated for an arm injury and a slight laceration to the head and she was taken to a local doctor for further medical care.

The remaining six crew were not injured.

Assisted by members of the public NSRI righted and recovered the capsized boat and we commend the public members who helped.

In a rather scary incident off the Wild Side, Cape St Francis last Saturday (4th January)  two spear fishermen diving in a gulley about 250m offshore, had an encounter with what is thought to have been a great white shark.  They had four bonitos on a stringer when the shark swooped in and took their bounty which was attached a buoy and to Juan Moore’s speargun. Moore was dragged several metres before he was able to release his spear gun.

Neither diver was injured and they swam ashore no worse for wear from their experience.

A smaller great white had been seen in the area the previous day as well a few Bronze Whalers and there is a fair amount of fish around at the moment, an obvious attraction to sharks.

There has been a fair amount of shark activity including an incident with two ski paddlers off Oyster Bay  a couple of weeks back as well as the incident off Nahoon Beach in East London where a paddler competing in an event had his ski damaged by a great white that left a 40cm hole in his craft.  In another incident  at nearby Nature’s Valley also just before Christmas and reported by SFT a  spear fisherman was also dragged by a shark after spearing a mussel cracker which the shark found to be a delectable entree. 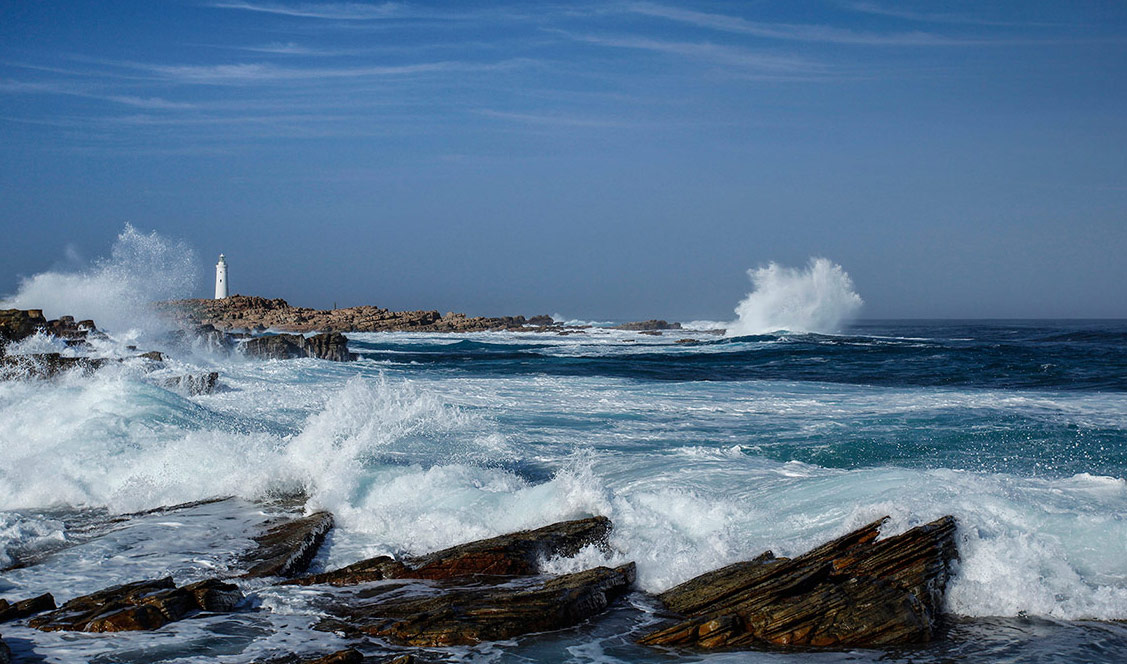 Looking back at Cape St Francis Lighthouse from the Wild Side. Photo by Martin Barbour