Are you Covid Bi-Polar?

I was at my brother’s house last week having a cup of tea and a catch up. The Covid conversation popped up as no doubt it does in most households these days. My family has always kept things real …. we talk about the stuff that matters …. it’s the best sounding board anybody could wish for.

So as we were chatting my sister in-law confessed that she is suffering from “Corona Bi-Polar”! Yoh …. Did we have a chuckle! Thinking one thing the one moment, then changing her mind. I can so relate.

Who would have thought that a year and half after the first lock down that the world would still be in such chaos surrounding this pandemic. Let’s face it …. it’s been kak. Aren’t we at least due a rainbow or something? Most people find themselves clinging to the hope that the vaccine is going to work and make everything go away. I sometimes feel that the shit is still making it’s way TOWARDS the fan! I mean, what are we actually supposed to be doing and supposed not to being right now? If we don’t do this then we can’t do that, right? If we do do it, we’ll be fine (as soon as we get that little doubt monkey off our backs). But if we don’t we might die. (or even worse, kill Granny) Things are out of control!

Do I really have any idea what’s going on in terms of what the future might hold? Perhaps not …. but I’ve got a pretty good idea of the thoughts that goes on in my own head. As all over the place as they may be,  I’m entitled to them …. and I own them. Online rhetoric is fascinating is it not? We’re bound to find the food which aligns to our psyche. In saying that, these days there appears to be a fine line between informing oneself and being informed.

Without doubt the Western World Order is pushing home pretty hard on the vaccine story. It’s been marketed as the ONLY solution to the pandemic. Yet what’s been happening in China? Seems they may have gone down treatment method. Who knows? Don’t ask me! I caught Carona bipolar from my sister in law remember. If any of you folks got the inside edge on what’s happening in China, fill me in. I’m a BBC, CNN and FOX news man. (Well I used to be … not quite sure anymore)

I’m not as paranoid about the vaccines safety today as I was yesterday. Which is good I guess …. until the day after tomorrow, that is. What’s it supposed to do again? Oh yes, you don’t die. Brilliant! What does hydroxychloroquine do again? Do I also get to live? Brilliant! Would it be okay Mr Macron if I chose the latter? Could I still enter the train I’ve been catching to work for the last 20 years if I choose to align myself to millions of my Chinese brothers and sisters? Clearly in my case, one of the side effects of the Corona Bipolar disorder, is anger. Apparently the vaccine will help in making that go away. I’ve heard that once you’ve joined the millions of our other vaccinated brothers and sisters, there is wonderful sense of peace that comes over you. The paranoia, anxiety, fear and feelings of injustice all just disappear.

Propaganda hey …. we got it in the army quite a bit. Messed with a lot of peoples heads. At the end of the day we all make decisions. But are those REALLY based on our own personal choice? These days technology consistently tracks our preferences. I wonder sometimes if we haven’t been influenced without us even realising it. The bombardment of information is incessant. Never before has the global populous been so carefully and strategically monitored and herded into doing what we’re told. To what end will governments go to exercise control and for what purpose? Perhaps the erosion of liberal democracy as we know it will be written in the history books as a ‘fall out’ of Covid … or could it be the other way around? It’s happening before our eyes. Down Under things are well under control. A recent headline read, “Australian soldiers to help with virus checks as P.M sets plan to freedom” …. Imagine that booming from your telly for a moment. Gives me the Orwellian shivers.

There’s a flip side to every coin of course. People have begun to Toyi Toyi throughout the world. (Believe it or not …. hasn’t got that much coverage on mainstream media channels) ….. Liberty, Fraternity and Equality remember!? The human spirit is a very powerful thing …. especially when it comes to injustice. It’s taken a while, but it was always going to happen. It’s human nature and it comes from an instinctive place. That gut feeling that something is just not quite right here. Are they wrong? I’ve asked myself the question many times …. Why should I be doing something I wouldn’t normally be doing and that doesn’t actually make sense to me personally? The answer is is very obvious. It’s because if I don’t, I won’t be able to go to the places I want to go to, visit the people I love and do things that enrich my life. My sentiment is that most of us aren’t getting the vaccine because we are paranoid of dying or want to protect the elderly. It’s because we’re stuck between a rock and hard place! Th injustice of it all feels like a thorn in my side.

I’m visualising a few eye rolls amongst some our vaccinated community that are “so over it”. In a way, I’m envious that so many people have been able to move on. I get it, I really do. I honour their decisions too. In most cases they make logical sense in terms of just getting on with life. I wish for that too one day. But for now, I’m happy to be part of the “control” group.

As part of my acknowledgement of every persons decision, staying informed has been crucial. Feeling out what’s going on in the world right now is no easy task. That I sense a sinisterness about it all, is my own stuff. I’ll admit to feeling fear. It is not my intention to spread it. I shall forever however, be an advocate of truth. If everybody is given the space to find their truth, in their own time and on their own terms ….. and be acknowledged and accepted for it …. It’ll be the best rainbow season ever! 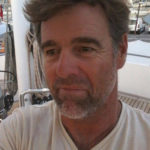