st Francis Animal Rescue works hard at reducing the number of unwanted puppies and kittens born in Sea Vista with their ‘Open Your Eyes – Sterilize’ campaign, a costly and ongoing effort. 2016 has been a busy year with well over 100 cats and dogs having been sterilized with the assistance of Dr Nerine Botha or St Francis Bay’s Aloe Veterinary Clinic and Dr Annelise Barker of Humansdorp Vets. In addition to the money needed to make this sterilization effort possible, St Francis Animal Rescue also runs a weekly clinic in Sea Vista where dogs are treated for worms, ticks and fleas. A resent outbreak of the Parvo virus was contained thanks to the help of Dr Nerine  and veterinary nurse Juanita Raath who vaccinated well over a hundred dogs, mainly puppies over a six week period.

Obviously sterilization and inoculations come at substantial cost and thus events such as the Dog Show so kindly hosted by Nevil Hullet’s Quaysyde Restaurant on the St Francis Bay Canals over the past weekend go a long way the assisting SFAR in their efforts. Before the Dog Show Paulene Hardy had made up dog bandannas and doggie treats which she sold  at the show raising a grand amount of R940 which she donated to Animal Rescue. Thanks Your Paulene. If you would like a bandanna or a packet of doggie treats for you furry friend you can call Paulene on 042 2940301. And if you have any material off-cuts Paulene would love to have them to make up more bandannas.

As the year draws to a close St Francis Animal Rescue would also like to extend their appreciation to Dune Ridge for hosting several fund raising talks, St Francis Links for their support of the Wellness Day as well as all the exhibitors who made this such a successful event in September and to Fasie and Fiona Malherbe of Cape St Francis Resort for their hosting of the ’60’s and ’70;s Rock & Roll Evening held in November at the Resort as a kick start to fund raising for an animal shelter in Sea Vista. Last but not least to all the vets who participated in the very successful Spayathon in July.

Susan Rae Fox and her committee of Verna Couper, Bernice Katakuzinos and Heidi Penfold should be congratulated for their effort in raising funds as well as Christelle van Wyk and Cathy Frabel who dedicate their time to the Sea Vista weekly clinic. And most of all the St Francis community who give so generously and support SFAR events.

Donations can be made to St Francis Animal Rescue to 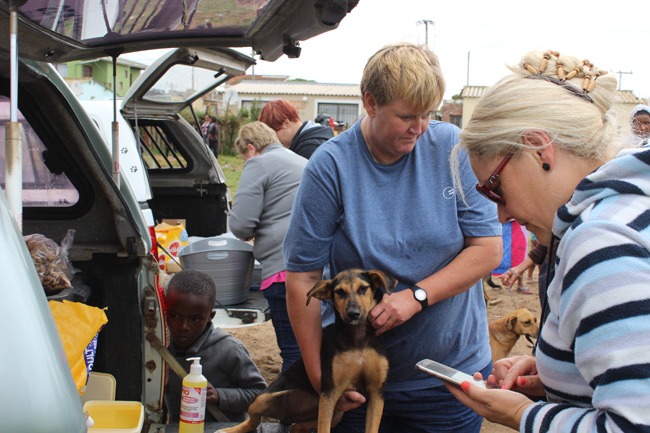