Eight years ago last Thursday (12th) I was kicking back with a cold beer in Durban when I received a call from my brother. He was at OR Tambo International about to board a flight to France when he received a call from in St Francis Bay that there was a huge fire on the canals that had started literally around the corner from his house. As he had already cleared immigration there was not much he could do and unable to reach friends at ground zero he gave me a call asking if I would be able to assist by travelling down to SFB if necessary. As it turned out it was unnecessary for his house was unscathed despite houses across the road and less than a hundred metres away were raised to the ground.

Switching on the TV and watching what unfolded was somewhat reminiscent of watching 911 all those years earlier. Mindblowing.

While many homeowners have converted to alternative roofing my brother still has a thatch roof as do others in the village and on the canals so possibly he and other home owners with thatch may find this article posted by Trevor Wright on FB last week interesting and worth investigating. 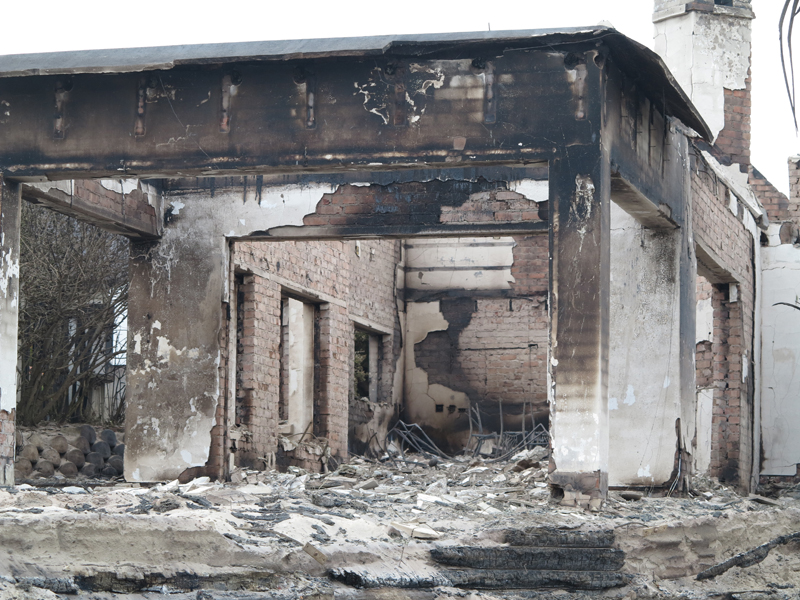 Does a thatch roof drenching system available on a cost of materials and rental basis appeal to you? If youre on the Canals, or if you have a borehole or wellpoint and a pump and water tank, you already have most of the components for my system.

There is no code for roof drenching systems. Insurers have their own unique requirements for these systems, some reasonable, some not. My system complies with most insurers requirements, and where we don’t comply, we attempt to do so.

Being paid out for losing your home and possessions is one thing. Preventing the loss and anguish is another.

Leaving aside insurance issues, a drenching system shouldn’t cost an arm and a leg. With the guidance of a local professional engineer, I have developed, installed and tested a system that works in St Francis Bay conditions, which is as reliable as your garden irrigation system. It’s not a fancy system, it has no bells and whistles. It is simple and effective, even in the howling summer winds and high temperatures.

Is there a fire upwind of you or nearby? Opening one valve activates the system and within minutes your thatch is wet. Windblown embers landing on the thatch, the cause of most of the recent home losses, have no effect. When the threat has passed, close the valve. It’s as easy as that. If you live away, we place signage to direct the Fire Department or the Disaster Volunteer Group members to the activation valve.

My system is based on the principles of the Wind Enabled Ember Dousing System (WEEDS) used in America to protect homes for wildfires. It is a fire prevention risk reduction system from external sources. Wet thatch doesn’t burn easily.

I’m available to discuss the system with you.