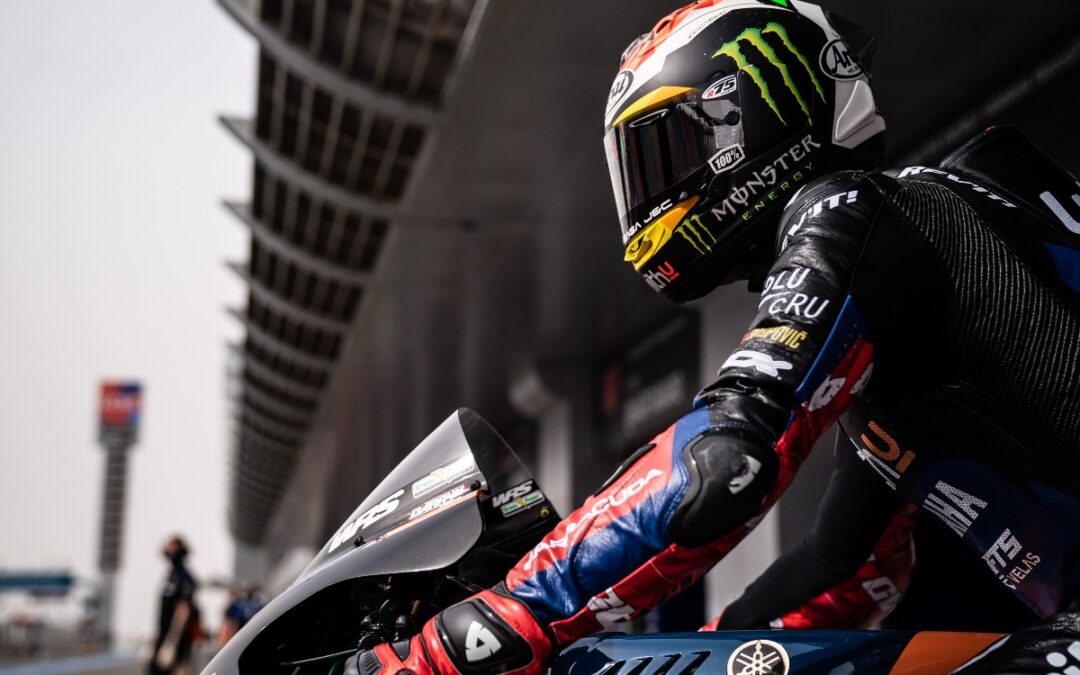 ROOKIE ON THE MOTOGP RAILS:

‘Fast Track’ sees us jump on Darryn Binder’s shoulder as he takes on his first 2022 Moto GP season as a rookie. The racer’s easy and effortless personality gives us a revealing glimpse behind the helmet visor into the onslaught of the premier class and life in the ‘Fast Track.’

When 24-year-old South African Darryn Binder made the daunting transfer from the Moto3 category (250cc motorcycles) straight into the premier class of MotoGP (1000cc fire-breathers that reach speeds greater than 225mph) for 2022, he wasn’t so much entering the deep-end but rather ‘divebombing’ from a clifftop.

We tagged along for the ride.

From the worries over the transition to training at home in Andorra to that sizzling debut in Qatar, moments of doubt over speed, and finally elbowing his way into the premier class with aplomb, ‘Fast Track’ was there for the first thoughts and emotions. But, like Darryn himself, ‘Fast Track’ quickly gets to the point.

“I knew it was going to be tough…but this is all I wanted to do,” he offered up. “The speed from Moto3 to MotoGP is insane. From day to day, I felt like I was starting at zero again! It took a couple of days to get used to that and then learn everything. There are so many electronics…also, it is one thing to be fit and strong, but it’s another to be riding fit.”

The saddle with WithU Yamaha RNF was a case of right place, right opportunity and right choice for the talented and likeable youngster who had already cast his name firmly in the bracket of ‘one to watch’.

Regarding learning and acclimatisation, Binder was the fifth and final rookie on the 2022 MotoGP grid with the tallest mountain at his gate. His education and walk through the pressure, rigours and enigmas of MotoGP was a trek that fans could relate to. Have you ever wondered how a championship-winning Yamaha M1 race bike feels and how mind-blowing the speed is? Inevitably there were peaks and troughs for DB40. Nevertheless, he managed a fantastic top ten result in just his second twist of the throttle in Indonesia. He came close to a similar classification in Catalunya.

Don’t miss this unique insight into the fastest, most demanding, rubber-laying, two-wheeled sport. Watch it on YOUTUBE.COM/MONSTERENERGY now!