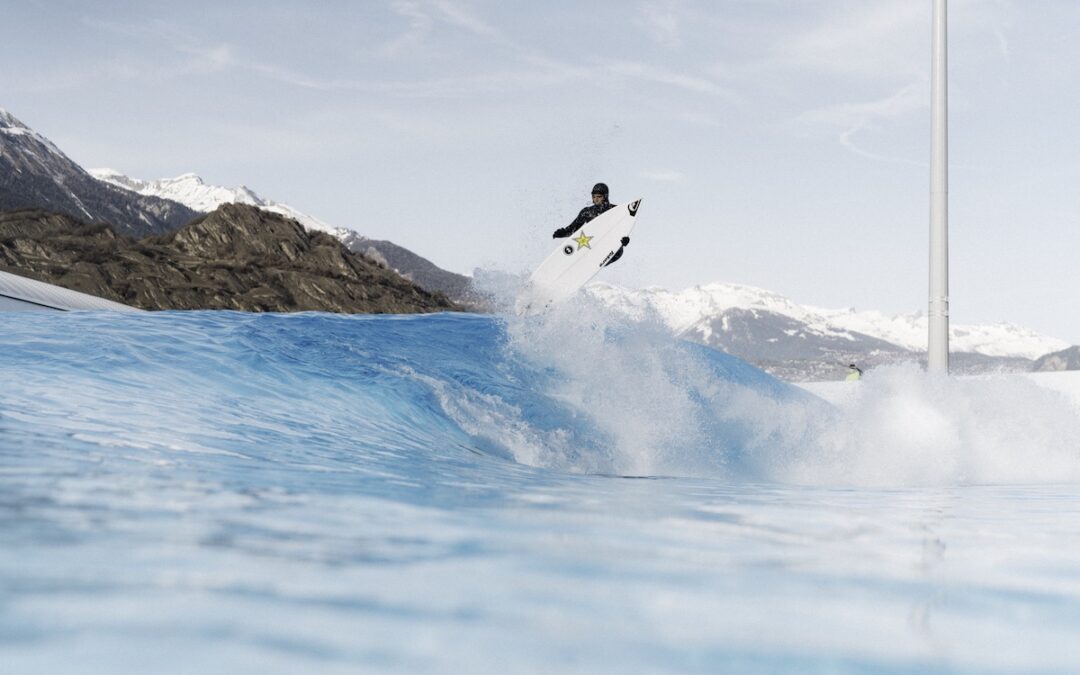 The Alaïa Open Winter Cup In Sion Is Here! 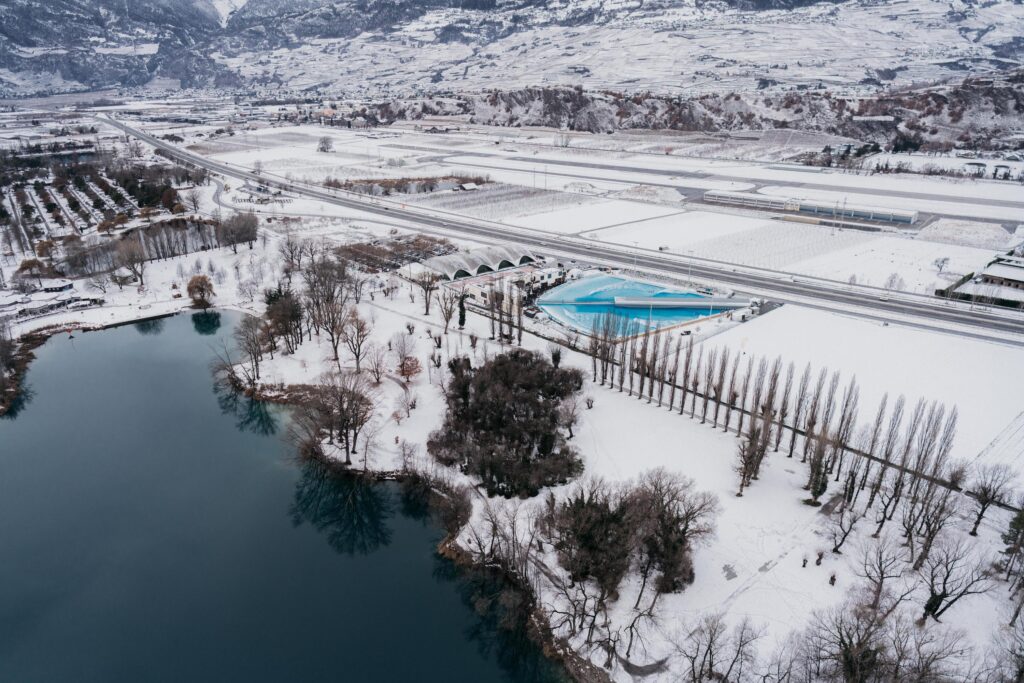 The Alaïa Open Winter Cup, the final stage of the Edelweiss Surf Tour, will take place on November 5 and 6. For this 2nd edition, more than 80 surfers will compete in the only wave pool in continental  Europe. The athletes will compete for CHF 4000 in prize money and the title of Swiss Wavepool Champion. The weekend promises a quality show in the water and out, with 2 massive parties lighting up Alaïa Bay.

More information about the event – www.alaiabay/alaia-open-winter-cup

The 2nd edition of the Alaïa Open Winter Cup will take place on the weekend of November 5th and 6th.

For the first time, the competition will also accommodate the final stage of the Edelweiss Surf Tour, a national surfing tour in collaboration with Swiss Surfing. The Swiss surfers proved their talent on standing waves in Lucerne (Oana) and Zurich (Urbnsurf). Furthermore, the river waves on the river Aare in Thun. I is now time for them to prove their talent in the Alaïa Bay wavepool.

The new Swiss wavepool champions will be announced at the end of the competition. Also, the Edelweiss Surf Tour champions will be crowned for the first time. For this final competition, announced as the coldest of the tour, 80 Swiss and international participants will be competing in four categories: Open Women and Men and Junior Girls and Junior Boys. Registration is now closed. 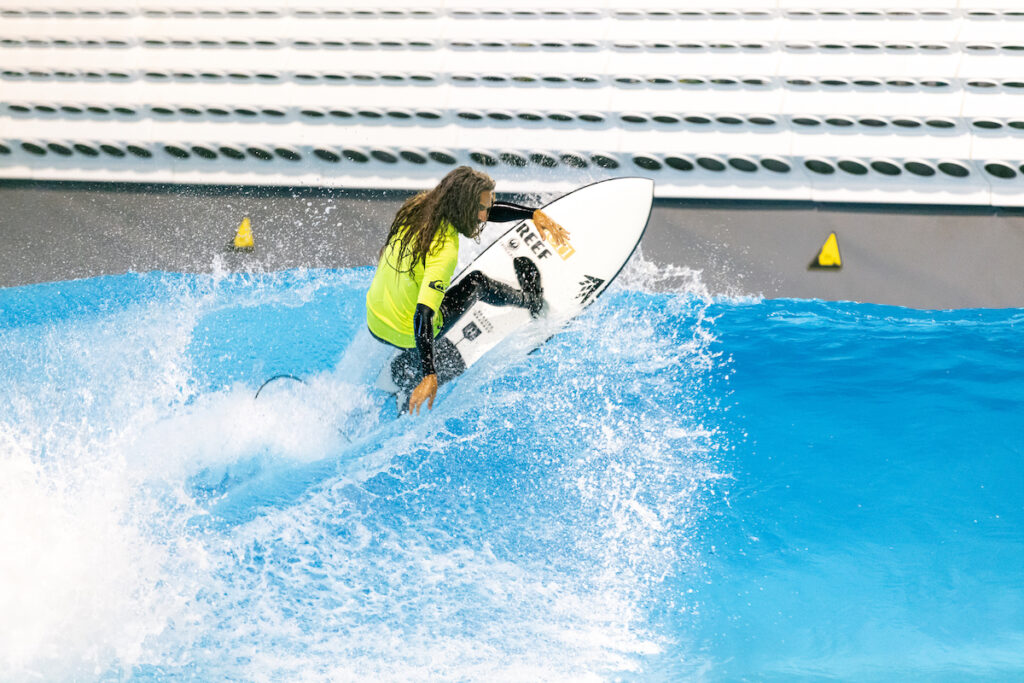 This year, the field of athletes consists of skilled and talented surfers. Among the competitors are the Swiss Durbi Castillo and Alena Gubler. After three contests, they are in first place in the Men and Women’s categories. Furthermore,they have a good chance of winning the tour.

In the Junior Girls and Boys category, the young Swiss Fabiana Klein and Rivan Rock Rosskopf have a good chance of winning the tour. Among the locals, Rachel Mead-Bonhôte, resident of Verbier (VS) and winner of the Swiss Surfing Championships in Spain, will be competing. Another top-rated surfer is Carlos Gerber, a resident of Ovronnaz who swapped his snowboard for a surfboard. However, the competition will be tough with the presence of many international athletes.

There is also a delegation of Basque surfers with Bitor Garitaonandia and Janire Gonzalez Etxabarri, both recent Junior European Champions in the Azores. Furthermore, Yago Dominguez and Annette Gonzalez Etxabarri will be competing.

Others include the Germans Noah Klapp and Dylan Groen, the Israeli Anat Lelior, the Italian Francesco Lazzarini, the young Portuguese Maria Salgado. The British powerhouse Lukas Skinner will also be competing for the win. 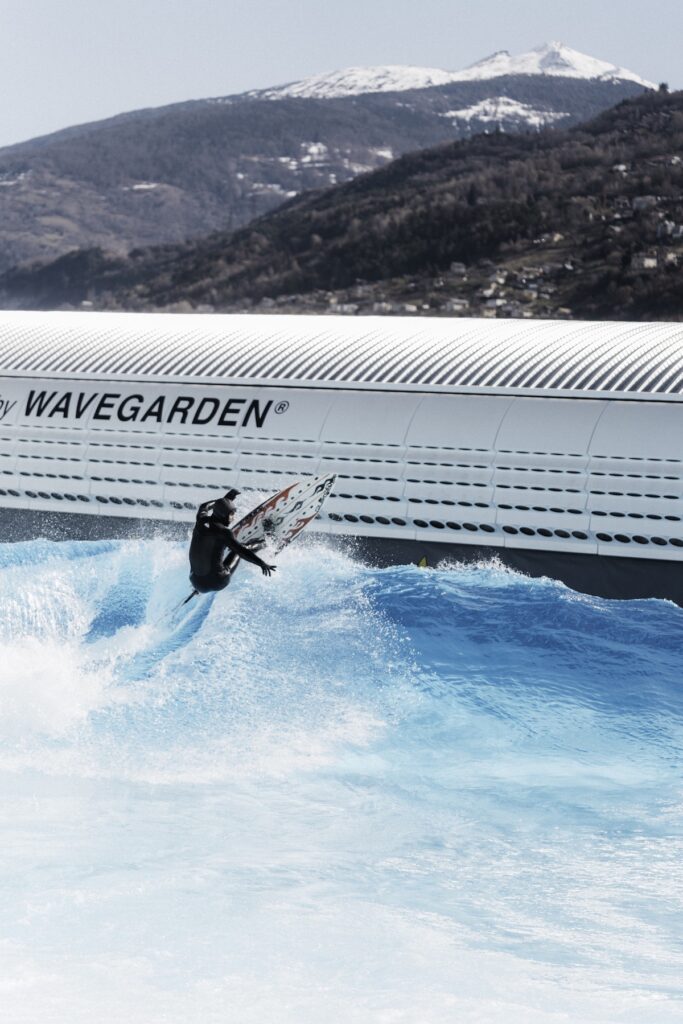 Top Class Surfing and other festivities at Alaïa Bay.

The Alaïa Open Winter Cup will begin on Saturday, November 5, with the qualification rounds. It will continue on Sunday, November 6, with the finals, and the winners will be crowned at the end of the weekend. Spectators are welcome to watch the show up close, and cheer on the athletes from the terrace of the Twin Fin restaurant.

There will also be plenty of entertainment outside the pool! The official AOWC party will take place on Saturday night at the Twin Fin restaurant with a DJ and a live band. Throughout the weekend, Twin Fin will also serve delicious food from around the world. Those who want to get in the water can book a surf session between rounds of competition. Despite the cool temperatures, the weekend promises to be hot. There will be spectacular surfing performances from national and international athletes. More information at www.alaiabay.ch/alaia-open-winter-cup