Kouga residents, businesses and visitors are urged to use water extremely sparingly, with the combined levels of the supply dams in the region having dropped to below 18%.

The communities of Hankey and Patensie are further reminded that water rationing has recommenced in both towns earlier this year. 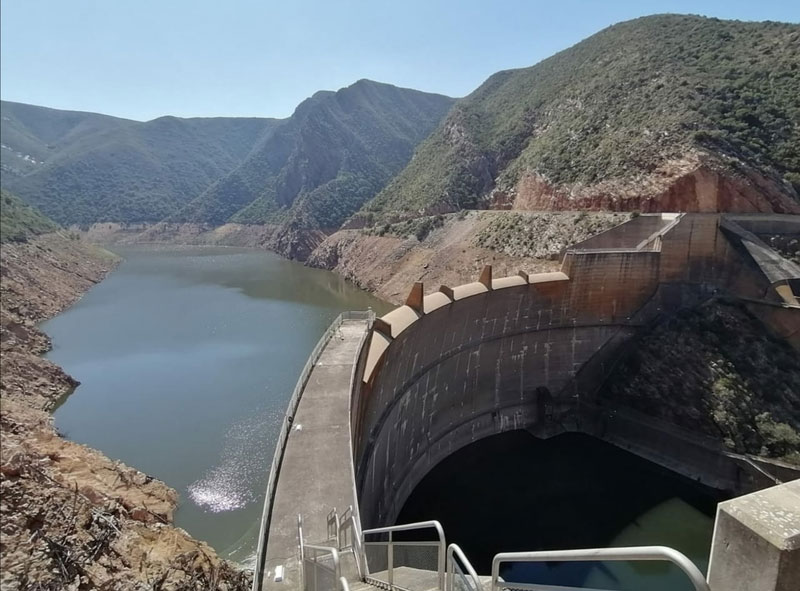 Kouga Executive Mayor, Horatio Hendricks, said that to secure and develop alternative sources to augment the supply of water to towns, some R151,2 million were secured from National Treasury in October 2018 – including R58,7 million for groundwater exploration and R92,5 million for water conservation and demand management.

“To date, more than 40 exploratory boreholes were drilled at five Kouga towns with the drought disaster funding the municipality secured in October 2018,” said Hendricks. “Viable boreholes were connected at Oyster Bay, Jeffreys Bay and Patensie – with more boreholes to be connected in Hankey, Humansdorp and Cape St Francis.

“The Water Treatment Works at Jeffreys Bay was upgraded at a cost of R35 million to improve treatment of borehole water, while the water storage capacity at Humansdorp was increased to cater for extra groundwater.

“Old reticulation systems were furthermore replaced in Hankey, Patensie, Oyster Bay, Jeffreys Bay and Humansdorp, while 1 878 leaks were repaired at housed in disadvantaged areas. Extra bulk water meters were installed for improved monitoring and 15 219 domestic water meters were audited and replaced where necessary.”

He said that more than 200 rainwater tanks were installed in rural areas and informal settlements in partnership with the Department of Human Settlements during the COVID-19 Alert Level 5 lockdown.

Hendricks confirmed that water rationing recommenced in on January 14 this year, after being suspended temporarily for the festive season. “Due to the COVID-19 pandemic, the water will be shut down for only six hours per day, from 09:00 to 15:00. Residents are encouraged to make use of water from the tanks that have been installed in the area to relieve the pressure on the dam.”

He urged all residents and businesses to use water only when absolutely necessary and to use as little as possible when they do. “Please limit your usage to 50l per person per day,” he said.

“Every one of us has a role to play in preventing Kouga’s taps from running dry – we must do all we can to save water,” Hendricks said.

The Sea Vista Library received an enormous boost on Friday 12th February, when the Rotary Club of St Francis officially handed over new books to the value of almost a R250 000.00 and TCS WiFi formally opened the free Wifi node for the Library.

The construction of the library was funded by the Kouga Wind Farm Community Development Trust and officially opened in 2019. However, the global pandemic meant that the library, which is run by the Kouga Municipality, had to remain closed for the most of 2020, delaying the official hand over.  Prior to lock down, the library had received large donations of mainly English books from the broader St Francis community, hence the focus on supplying fiction and non-fiction reading material in Afrikaans and isiXhosa, the two languages most suited to the Sea Vista community. The donation of the books was made possible through the generosity of an anonymous family foundation which shares the Kouga Wind Farm’s focus on the improvement of the standard of living for Sea Vista residents.

“In addition to all of this wonderful reading matter, the free Wifi service sponsored by TCS WiFi will mean that the array of 20 desk top computers at the library can be used freely for educational research by students of all ages. The WiFi service will also enable Sea Vista residents to apply for work or book appointments online, saving them costly Internet data and travelling expenses,” said Rotarian Tom Roux who headed up the facilitation of the book donation and the sponsored WiFi service.

The Rotary club of St Francis was recently in a position to facilitate a donation of a complete children’s jungle Gym and several bags of pre-loved children’s clothing, linen, towels, and toys to the Tharros Child and Youth Care Centre in Hankey. The donations were made possible through the generosity of many residents in the greater St Francis community. 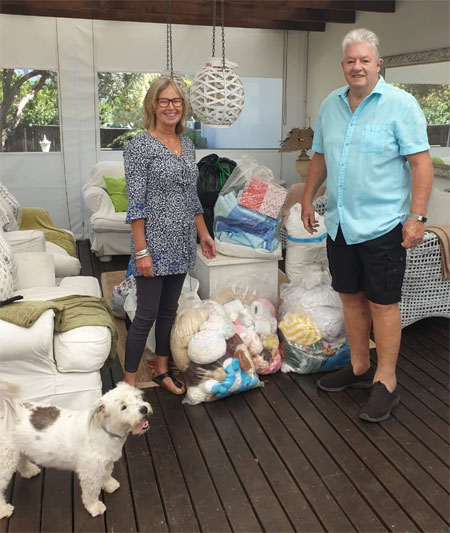 “Thárros Child and Youth Care Centre is a temporary place of safety situated in Hankey. We nurture babies and children under 12 years, who have experienced trauma, particularly that of neglect, abandonment or abuse. We can accommodate 25 children for a period of up to two years each,” she explained. “Our home is a beautiful double story house that immediately welcomes children into a loving, secure and wholesome environment and our team of attentive carers ensure that individual needs are met with respect. Thárros means courage in Greek and we are truly humbled by the courage we witness every day in our wards.”

The centre serves the whole of the greater Sara Baartman District, and receives no government funding, relying entirely on private funding.

Anyone wishing to make a cash donation can deposit this into the following account :