Added to the tragedies is news just received of a further tragedy with the death of Kastine Burgers who passed away on Friday from a suspected asthma attack. Kastine worked at Pam Golding as holiday rental assistant to Krystal Scott. Kastine will be remembered for her cheerfulness and her passion for surfing. Hulett’s surfing will not be as much fun without her. RIP Kastine and condolences to her family and friends.

Steve Praetorious looks at the sad start to 2021

The 2020 holiday season has been different for everybody this year. Nobody expected Covid-19 to take up so much space in the Christmas stocking. It was like an unwelcome ‘gift’ that we were all forced to unwrap. In true South African spirit most people manage to make the most of family time, hoping that 2021 will be a better year. For three local families however, tragedy stuck early.

A warm hearted hard working restaurateur taken way before his time. Known for its fabulous high quality food, fine wines and relaxed family ambience, Peri’s has lost its heartbeat. His ability to make time for his patrons was second to none. A unique character with a mischievous sense of humour that loved making his patrons feel extra special. A very special man with an incredible zest for life. He was living his dream, following his passion in top gear. Then from one month to the next he’s gone. So very sad.

Also, a well known policeman and respected community member was tragically murdered while investigating a case in Storms River. Stabbed in the early evening, emergency services were desperately slow to respond. The wound had severed an artery but should never have been fatal. Eventually driven to hospital over 50 km away in his own car, Hendrico only received treatment nearly two hours after the incident, by which time it was too late.

Lastly, an 8 year old boy, wobbling along on his bicycle tragically run over on the R330 by a bakkie. An awful accident with gut wrenching consequences. He didn’t stand a chance. His body lay there for hours until the coroner finally arrived. A large crown gathered around. A visceral image of life (and death) in Africa.

For three families, life has been turned completely upside down. No parent deserves to loose a child. It makes my stomach lurch to think about the deep anguish they must be feeling. From one moment to the next, a perfectly healthy vibrant human being …. no longer.

One can’t help but ask. How on earth could such things happen? How to stop such tragedies from unfolding in the future?

Corona Virus appears to be random yet also selective. People with diabetes are at higher risk than others which makes things much more challenging for them. We are all engaging with mandatory precautions measures. It’s not easy especially when the science doesn’t meet the restrictions. For the less vulnerable it can feel particularly frustrating at times. Considering the plight and having empathy for the immune compromised can really help get perspective and count ones personal blessings. Lets pray for a remedy soon, too many good people have been snatched away from us.

Murder rates in South Africa are off the charts. It is utterly unacceptable. An ongoing rupture in our society highlighted by the plight of white farmers yet barely acknowledged in the townships. The ineptitude of the authorities to help save this policeman’s life astounds me. The family must have so many questions surrounding why he did not receive medical attention sooner. Perhaps they didn’t realise the seriousness of the wound which beggars belief considering how much blood he was losing. Was it because he wasn’t in uniform perhaps? Should that even be a factor? Black lives matter, yet death comes cheap in Africa. Every culture in the world carries a strong moral code book. None more so than the Cupido family, well respected upstanding citizens within our community. Yet there appears to be a steady corrosion of moral fibre in certain segments of South African society. The fallout …. A family left devastated by a system so inept that it can’t even protect the people who are so bravely trying to protect us. It beggars belief ….

As for the road accident, it may sound harsh but that was pretty much inevitable. There are frequently dogs, pigs, goats and cows on that road too. Accidents are not uncommon and one really has to watch out. There is a big town planning issue with an ever burdening population living so close to a busy road. Does it take the death of a grade two pupil to raise awareness regarding the lack of road signs, animal containment measures and child care?! By the way, the speed limit there is 60. One wouldn’t think so coming into St Francis Bay from Cape St Francis though, the speed limit signs have been missing for years. Nonetheless it is 60. It takes looking down at ones speedometer to actually comprehend how ‘slow’ that feels in modern vehicles. I think most of us have been guilty of going through there at far greater speeds. Hopefully this incident will give us all a wake up call …. but as per usual, too little too late. An innocent young light has been extinguished.

Three vibrant souls all from different backgrounds at different stages in their lives have passed away. Many unanswered questions perhaps, but they have left our world nonetheless. There is no coming back. How each family comes to terms with finding peace is a personal journey unique unto themselves. As they take courage to try and make sense of these tragedies, may they remain strong in the faith that these three souls are in a better place. As their loved ones are laid to rest, may their wounds slowly begin to heal. May their scars become more bearable moving forward. To Peri, Hendrico and Luniko may God be with you always …. 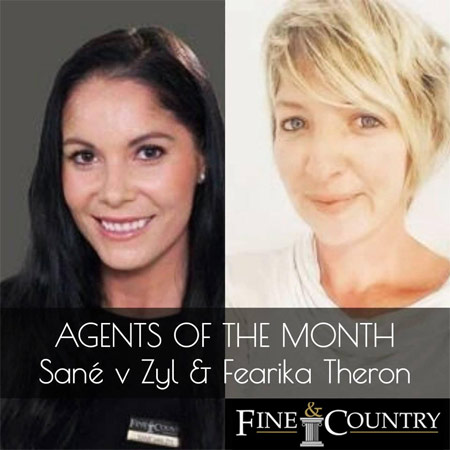