A report by Colleen Smith

The lockdown, because of Covid-19, called into question whether we hold a Wildflower Chase this year or not. Dave Bowmer and I discussed it – there was no spectacular display of the pink and yellow Senecio’s that we had last year and we were not sure what we would be able to show off. The Cape St Francis Resort was not able to host a Wildflower festival and if we did do anything, strict protocols would have to be followed. But wild flowers never disappoint us and we decided to go ahead with a different version of the Wildflower Chase.

With help from Margie Middleton we put together a booklet with a comprehensive but by no means complete list of the flowers, shrubs and trees found on St Francis Field. We made labels for a small selection of them and we invited visitors to accompany us on a self-drive Chase. Posters were put up and an invitation was posted on various social media platforms.

Our next challenge was the weather. We chose 2nd to 4th October for the event and then weather reports predicted strong winds and rain for those days, neither which contribute to enjoyable flower chasing! So we shifted the days to the only two sunny days we could see for the next two weeks and persons who had already booked were phoned about the date change.

The vulnerable Gladiolus hutonii and Pelargonium suburbanum were both out in full splendour, the endangered Satyrium princeps or red orchids were just coming into bloom and the near threatened Moreae australis were all open in the mid-day sun. Hosts of other varieties of flowers also gave a great showing and a highlight of the trip was the garden belonging to one of the homeowners on the ridge overlooking Cape St Francis.

This garden was planted last year by Dave on a sand dune splattered with builder’s rubble after the house was built. Plants were all indigenous, with the majority being those found in this area. Since then it has had almost no attention but has thrived despite plenty of wind and very little rain. This is a wonderful example what can be achieved and gave inspiration to many of the participants. 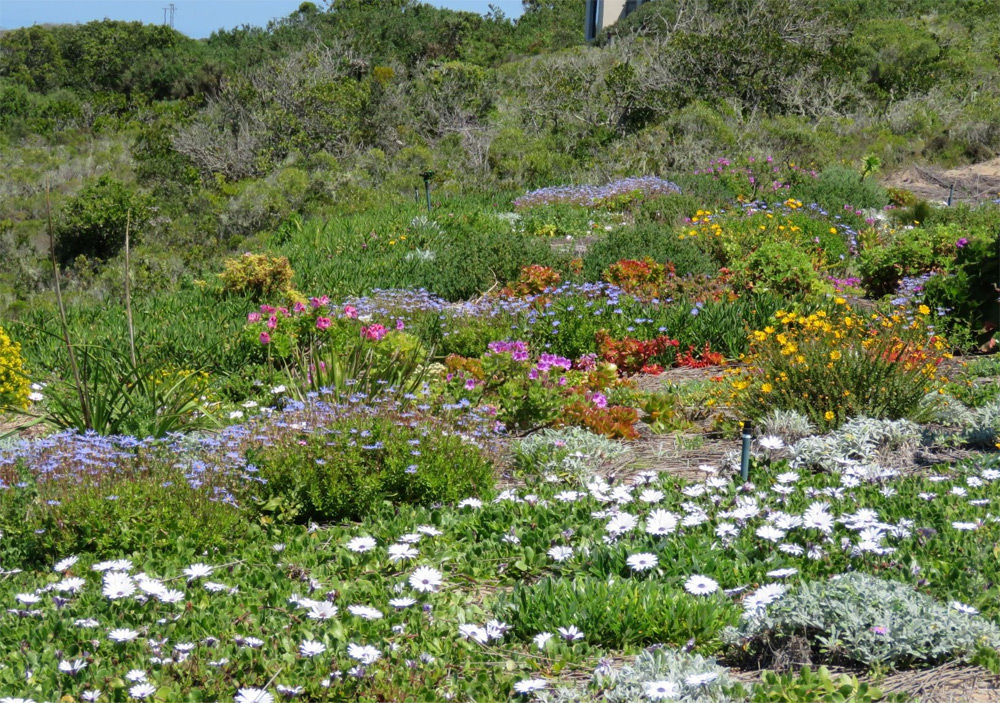 More information on FOSTER visit their website at http://foster.org.za