SRA levy is not only to ‘save a few canal houses’

FAKE News been around in one form or another for yonks and many a conspiratorial theory has been written around some of the world’s most epic events. Armstrong’s moon landing and walk was said to have been filmed in a television studio with the authors spelling out evidence in detail to support their theories. 911 too had many theories from the being a controlled demolition of the Twin Towers rather than the impact of the two jets and resultant fire and that the Pentagon was hit by a missile launched within the US Government to justify the invasion of Iraq and Afghanistan.

Before the advent of the internet these theories were published in magazines and books and ‘conspirator authors’ had to go to great lengths to give credence to their theories analysing photographs and press reports to build their stories. As the internet evolved a new media allowed these theorists a new stream that didn’t need a book or magazine publisher but could be added to the ever growing number of websites hungry for content.

And then came Social Media

Suddenly a way for anyone to write their own FAKE news with a potential audience of hungry, gullible readers ready believe anything they read and then even expound on the. Facebook, Twitter and more lately WhatsApp amongst others are waiting to devour all the news that can be uploaded as their tech bosses rake in the billions..

With little or no control of what is posted, true or absolute lies, it will be read by those too lazy to check the real facts and who actually believe all the crap they read as being the truth. Algorithms  are slowly being introduced to limit some of the more hateful and dangerous racial postings but there is no way of stopping the fake news pandemic that social media brings us.

Fake news is very often composed by taking a somewhat controversial subject matter then omitting some of the important facts and highlighting facts that are certain to create a totally wrong impression. Politicians are particularly adept at twisting the facts but to see it being done in our little village as a way of sewing discontent is indeed sad.

Certainly the SRA is not supported by everyone in the same way as no doubt everyone doesn’t support the DA running the Municipality. But stating that the’ main reason why special rates area levy was introduced is to “save the spit because of the few houses that are at risk” is simply untrue and can only be construed as an attempt to create animosity between the villagers and canal owners.

This statement in a document distributed to members of the association opposing the Special Rates Area (SRA) was recently shown to St Francis Today. Sadly a sentence in the document blatantly misrepresents the facts and is a prime example how by ignoring most of the facts and concentrating on only a small aspect a totally incorrect understanding can be created and thus it becomes fake news to be discussed and expounded upon around dinner tables increasing the disharmony that already exists…

It is not our intention to get into the pros and cons of the SRA other than to state the aims of the SRA are well documented on the SRA’s website. There is no doubt money collected for the SRA is and will be spent as set out in those documents namely the CCTV network that has already had a positive influence on reducing crime, the roads, the beach and yes the spit. And this is the crux of it, it is not to save the spit alone but the beach as a whole and thus ‘SAVE ST FRANCIS’. Tourism is life blood that will keep St Francis Bay on the tourism map. No beach less tourism..

It possibly is important to clear up what some will see as the SRA spending millions shoring up recent damage to the spit. The work presently being undertaken on the spit after several breaches owing to unusually huge surf is being undertaken by the municipality and no SRA funds are being used.. The municipality not only has a responsibility, a responsibility they have taken extremely seriously with the immediate action they have taken with each breach even working in the dark to close up the damaged areas. The canals are an extremely important part of the municipals rates base and no doubt makes up a sizeable portion of rates contributed by St Francis Bay to the Kouga fiscus.

So let’s keep to the facts and not try and sew disharmony by creating false impressions with fake news.

NOTE: The spit makes up less than a third of the overall beach replenishment  and canal property owners contribute significantly through the St Francis Bay Riperian HOA in addition to the SRA rates levy. 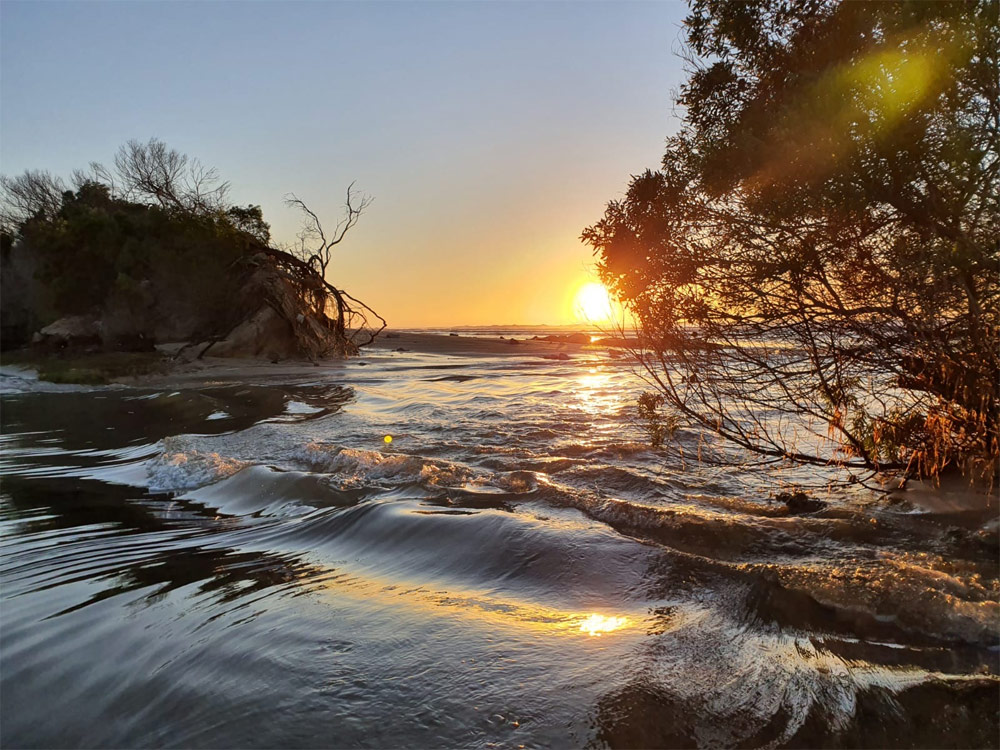 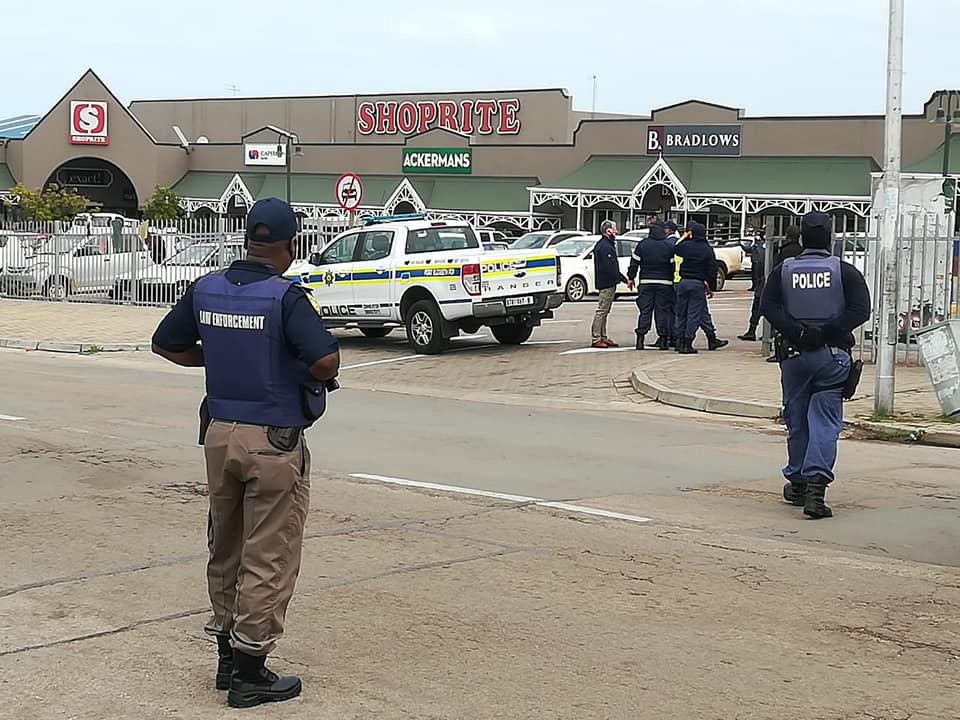 The officers raided three taxi ranks of which one was found to be operating illegally. All the taxi ranks were simultaneously cordoned off with a very limited and controlled movement of vehicles. The following successes were recorded:
As part of Women’s month activities, two other operations were also held within the Sarah Baartman District. The female members from Humansdorp Police Station conducted a roadblock on the N2 with the following successes:
The Station Commander of Jeffreys Bay, Lieutenant Colonel Makhoasa Kiviet led an all women team of officers in executing search warrants in several targeted drug posts. The following successes were recorded:
Sarah Baartman District Acting Commander, Brigadier John Lebok said, “These operations are meant to curb illegal taxi vehicles, and to ensure compliance with certain traffic regulations within the taxi industry. During this month, our women enhance their leadership skills as well as participate in community projects which include addressing gender based violence within the communities”, added Brigadier Lebok.

Pothole repairs are set to be accelerated across the Kouga region after heavy rains caused extensive damage to roads.
Kouga Infrastructure and Engineering Portfolio Councillor Bryan Dhludhlu said the municipality would be suspending its road resealing programme so as to prioritise pothole repairs over the next few months.
“This will allow us to push more money and labour into fixing potholes,” he said.
“Our roads took a heavy beating in the recent rains and fixing the damage is now the priority.”
He said the resealing contractor would assist with the repairs and that additional workers were being trained through the Expanded Public Works Programme (EPWP) to add muscle to the municipality’s pothole teams.
“The EPWP workers have already started fixing potholes as part of their training, but conditions are still wet and not ideal for repairs.
“The bulk of the work will, therefore, get under way as soon as the roads have dried out sufficiently,” he said.
He said upgrading the region’s road infrastructure would be an ongoing focus.
“R25 million has been spent on the resealing of roads over the past year and almost 15 000 potholes were repaired.
“The backlog in road maintenance is, however, immense after years of neglect by the previous Councils. It is estimated that at least R500 million is needed to get all roads up to standard.”
He said despite the recent rain damage, steady progress was being made to slay the road giant.
“Two gravel roads in Humansdorp, Nerina and Felix, were also tarred earlier this year and an additional R8 million has been budgeted to upgrade more gravel roads in the coming year.”

Kouga will be joining countries from across the globe in September to mark International Coastal Clean-Up Day.
“The municipality is organising a big beach clean-up for 19 September and would like to invite all residents and organisations to join us,” said Kouga Community Services Portfolio Councillor, Daniel Benson.
He said teams should ideally consist of two to three people.
“Each team will receive bags and an audit form ahead of the clean-up so as to keep track of the waste collected.”
He said teams wishing to register, could email Marco Engelbrecht at mengelbrecht@kouga.gov.za
International Coastal Clean-Up Day forms part of Clean-Up and Recycle SA Week from 14 to 19 September.
The beach initiative started more than 30 years ago when coastal communities started rallying together to collect and document trash littering the beaches.
“The purpose of documenting what trash is collected, is to identify what the biggest problems are, so that solutions can be identified to minimise this waste,” Benson explained.
He said thousands of volunteers from more than 100 countries would once again be taking to the beaches this year  to mark the day.
And in St Francis Kromme Enviro Trust

All Kouga libraries will re-open on Tuesday, 1 September, for limited services after being closed for almost five months because of the nationwide COVID-19 lockdown.

“Services will initially be limited to the borrowing and returning of books and other library material,” said Kouga Community Services Portfolio Councillor, Daniel Benson.

Head librarian Linda Jack and Kouga Community Services Portfolio Councillor Daniel Benson at one of the libraries that will re-open for limited services next week.

He said that all 14 libraries would be re-opening, with staff from the Department of Sport, Recreation, Arts and Culture also having received the green light to return to work.

Benson said that the libraries were being deep cleansed this week and that partitioning was being installed at the counters.

“Strict COVID-19 safety precautions will be in place once they re-open. This will include restricting the amount of people allowed in the libraries,” he said.

“Patrons will further be encouraged to limit their visits to a maximum of 30 minutes, so as to ensure that as many people as possible have the opportunity to visit the library.”

He cautioned that all returned books and library material would first be quarantined, which could lead to a delay in availability.

“The computer, study and reading sections will also remain closed and patrons will not be allowed to read newspapers or magazines in the library at this stage.”

He said people who entered the library would be expected to adhere to the standard COVID-19 precautionary measures, including, wearing face masks, hand sanitising and social distancing.

“They will also need to fill in a register and will be screened with a digital thermometer.”