A Weapon of Mass Destruction? No one is sure!

A reader rather took exception to my’ dumbass’ comments yesterday (my apologies) and rather suggested I am the only dumbass. Well he has no argument from there for my brother says I am not just dumb, rather a veritable village idiot.

But I do believe in this instance the reader has taken what I wrote out of context for he states “that is quite inflammatory language given the fact we only have 219 deaths”. My post was not questioning the sensibility of the lockdown to flatten the curve but rather that when bottle stores re-oopen it will be for three days a week and for four hours a day. A somewhat strange decision considering the importance of social distancing and after the criticism of the three hour exercise window one would have thought they would have taken note of the problems it will cause with overcrowding.  And when liquor stores do re-open we can be sure it will make the gold rush a non event in history by comparison..

And it appears my comments have the support of John Steenhuisen and the DA for they have taken the NCC to court claiming their actions are irrational. Irrational, stupid, silly, senseless, unsound, nonsensical all words that basically say dumb however one colours it. 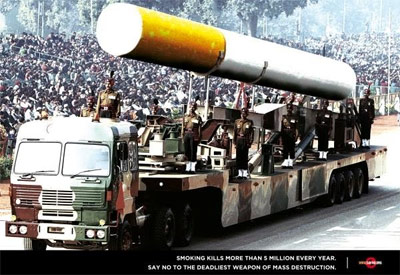 The world’s spy agencies are summoning their best operatives to try and discover the secrecy behind how the common old ciggie, as enjoyed by billions around the world has become such a hot product and there is talk that it may be a WMD (weapon of mass destruction). That it has information on cigarettes has been declared ‘CLASSIFIED’ by the South African Government, Nations from around the world are deeply concerned for future of world peace if South Africa were to sell the information to Iran with who they have good relations or worse, ISIS

British Intelligence Service MI6 is dispatching 007 on a “TOP SECRET” mission and ‘M’ has employed a South African living in London to teach James how to roll and smoke a ‘Zol’ so that his undercover persona is not blown. ‘M’ confirmed 007 may use his ‘license to kill’ should the SA Minister of Police try and lock him up for breaking lockdown regulations.

cunningly disguised mask that is actually a ‘Martini, shaken not stirred’’ when removed and squeezed into a glass.

President Trump is calling it FAKE NEWS but he has sent his “they are the best, we have the best in the world’ CIA agents to try an uncover the truth behind this potentially peace threatening discovery by the Dr D-Z saying nobody knows more about Weapons of Mass Destruction than him. He has ordered that if D-Z doesn’t break under ‘water-boarding’ he will stop all financial aid to South Africa until he gets to the bottom of this FAKE news fully aware she has a rather big bottom.

Meanwhile D-Z’s lips remain sealed on the matter as the zol paper used in her demonstration had apparently been treated with super glue without her knowledge.

HAVE A GREAT WEEKEND!