Just three months after the opening of the cutting-edge Kruisfontein Waste Water Treatment Works, another state-of-the-art sewer plant has been completed in the Kouga region.

The multi-year upgrade was done at a cost of R31-million by contractor Prentec and consulting engineers SRK.

Tiaan Claassen, of SRK, said the main purpose of the upgrade had been to increase the capacity of the plant from 750kl/day to 2 Ml/day to cater for future developments in the St Francis area.

“SRK was responsible for designing and implementing the upgrade, including the implementation of additional infrastructure to meet the increased volumetric and organic loading of the works.”

He said various technologies had been investigated for the upgrade.

“We eventually settled on active sludge technology, already in use at the plant, as the operators were well versed in these processes.”

He said two additional sequential batch reactors (SBR) had, therefore, been installed at the plant.

“These SBRs have a capacity of 0,625Ml/day and come complete with floating aerators, inlets, decants, de-sludge pipework and sludge drying beds. “The existing mechanical and electrical equipment at the plant was also upgraded while a new inlet works, concrete balancing tank and artificial wetland were also constructed.”

Municipal Manager Charl du Plessis, who had the honour of cutting the ribbon, congratulated Prentec and SRK on their expert handling of the contract.

“Their overall performance was of a very high standard and the quality of work excellent. The upgrade was also completed on time and well within the budget. “The safety standards on site were also exemplary, with a total of 78 043 no-loss-time-injury hours reached. This is almost unheard of in the industry,” he said.

“The upgraded plant also now puts in place the capacity needed for the planned RDP project in the area, set to benefit at least 2 000 households.”

He further commended the contractors for using local labour as far as was possible.

“A total of 44 639 worker hours was completed by local labour on the project, most from the surrounding communities. “Ten percent of the contract was also sub-contracted to local Exempted Micro Enterprises (EMEs).” 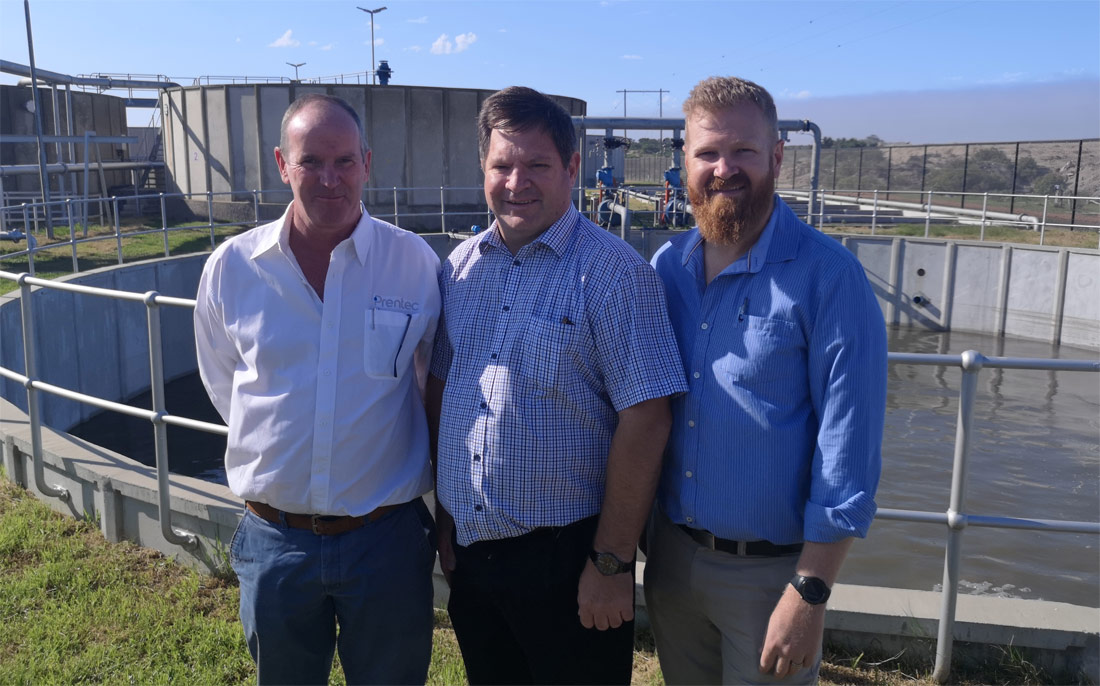 Flash Float shares its success with other charities

Little did they realise their idea would prove so successful even to the point of attracting national Television to report on what was surely the biggest event ever held on the St Francis Bay Canals if not in st Francis Bay. The brainwave of three local ladies, Cathryn Hemple,  Jane Arderne and Clairwen Praetorious, the event raised a staggering R132000.

Although the event was initially organised to raise much needed funding for both Talhado Children’s Haven (Montessori Preschool) and the Disney Creche, the organisers have decided to generously share some of the proceeds with other charities Sea Vista associated charities including St Francis Animal Rescue, Anneline Juries’ Soup Kitchen and Hygiene Packs for 65 Young Ladies.

Helping the kids as you floated by