Kouga Community Services Portfolio Councillor Daniel Benson said local residents were among the thousands of motorists affected by the countrywide delay in the printing of driver’s licence cards.

“Many motorists who came to renew their licences at the Kouga Traffic Department or who passed their driver’s licence tests have had to wait a very long time for their cards,” he said.

“The printing of cards is the responsibility of the national Department of Transport. The delay was caused by a labour dispute between the Department and the service provider they had appointed to print the cards.

“We are relieved that the national Transport Department has finally started catching up with the backlog, as it has been a source of great frustration for Kouga residents as well.”

He said that while the national Transport Department’s service provider would usually notify motorists that their driver’s licence cards were ready for collection, this has not been the case with the backlog.

“This means hundreds of driver’s licence cards have arrived at the Kouga Traffic Department without motorists having been informed.

“We will, therefore, be posting the lists of names of those whose driver’s licence cards have arrived on the municipal website.

“All motorists who have been affected by the delay, are asked to check if their names are on the list. The information will be updated, as more cards are received,” he said.

Then Transport Minister Blade Nzimande earlier this year issued an apology to South Africans for the delay.

He said his Department had issued a directive to provincial and municipal traffic authorities not to penalise motorists who did not have driver’s licence cards despite having complied with the prescripts of the application and renewal process.

To check if your card has arrived, visit www.kouga.gov.za

France: The world’s best surfers have arrived in the Southwest of France as they prepare for the start of the World Surf League (WSL) Championship Tour’s (CT) European leg with the Quiksilver Pro and Roxy Pro France.

The legendary beachbreaks of the Landes region will play host to the 18th edition of the sole French CT stop, hosted at the iconic surf towns of Seignosse, Hossegor and Capbreton. The holding period for the event opens on Thursday, October 3 and runs through Sunday, October 13, 2019.

With just three events remaining in the 2019 WSL CT calendar, the World Title picture has begun to crystalize. The race is far from over, but the contenders have separated from the pack of the world’s best surfers and the pressure is on those with real title hopes to make the most of the few opportunities they have left. For the first time ever, Olympic dreams are on the line as the qualification for Tokyo 2020 plays out over the tour’s final chapters.

All Eyes on Medina

Pictured: Gabriel Medina (BRA) has been a standout in France both below and above the lip. – Credit: WSL/ Poullenot

Coming in hot after a win at the Freshwater Pro pres. by Outerknown, Gabriel Medina (BRA) lands in France with a chance to break away from his opponents in the 2019 WSL Title race. The Brazilian star has an incredible track record in the Southwest beach breaks, with three wins and two other Final appearances over the years. His dynamic style of surfing, and big hollow barrels abilities are a perfect fit for the diversity of conditions found in France and another win here would be a giant leap in his bid for a third world crown.

“France has always been good to me and I hope it will be the same this year,” said Medina. “Each contest is a new one for me so I start from the beginning every time. Everyone is so hungry for the win so I’m just keeping my focus on me. The whole world stops to watch the Olympics and root for their country and hopefully this time I’ll be there and people will be rooting for me!”

But Medina’s job in France won’t be easy as his direct competition Toledo and Smith are also carrying momentum from a big result in Lemoore and will be out to prove their worth in an event where they haven’t been the most consistent standouts.

For local star Jeremy Flores (FRA) the Quiksilver Pro France also carries huge importance. The Frenchman sits 14th on the Jeep Leaderboard and looks to solidify a top spot on the rankings and a potential qualification for the Tokyo 2020 Olympic Games under the French flag. Raised partly on the shores of Southwest France, Flores is a fan favorite here and would love to reach the final matchups for the first time on home soil.

“It’s always a pleasure to come home to France,” Flores said. “After all the time on the road, it’s nice to sit down and enjoy the little things here, the good food and the downtime with family. I hope conditions are good this week, we haven’t been very lucky in the past few years so hopefully, fans get to see the big waves and heavy barrels we all like to surf here. This traditionally hasn’t been my best performance of the year but like any other event I enter I’m here to win and maybe this time some things can go my way.”

Pictured: Johanne Defay (FRA) knows the lineups around Hossegor better than anyone on the Championship Tour and can count on the fans support as well. – Credit: WSL/ Poullenot

The 2019 WSL women’s title race is as exciting as ever and the current frontrunners have all had great success in France in the past, making this stop particularly important once again. Three-time WSL Champion Moore has the upper hand but close behind her, Peterson, Fitzgibbons, and Gilmore are all chasing a big finish.

7X World Champion Stephanie Gilmore (AUS) has won twice in France but it has been a long seven years since her last victory. Consistent as ever this season with Quarterfinal finishes at worst in the first seven events of 2019, Gilmore has also been uncharacteristically absent of the Finals more often than not, with just one CT event win in Bali so far this year. The rippable beach breaks and hollow barrels of the region could be a turning point in the Australian’s bid for a record-breaking eight title.

“This event marks the beginning of the end for us,” said Gilmore. “Conditions in Europe are always the most challenging because you don’t know what you’re going to get so you have to be able to adapt. If I can qualify for the Olympic Games it would really ease my nerves. Being in the top two surfers from your country is a really tough battle so it’s going to be exciting to watch that go down. I’d love to make the team and represent Australia.”

Fresh off a runner-up finish in California, French surfer Johanne Defay (FRA) can dream big as well as she chases her own spot for the 2020 Olympics. The powerful regular foot surfer from Reunion Island sits within the provisional cut for Tokyo and has a chance to distance herself from her competition with a result in France.

“Right now I’m feeling pretty good about my chances,” said Defay. “I know there’s a lot of work to be done still and I’d like to have a good result here in France too. I set my goals for each event to try and reach the Quarters at least and every next heat is a bonus, but ultimately we’re always here to win events.”

John John Florence (HAW), Mikey Wright (AUS) and Adriano de Souza (BRA) have withdrawn from the event due to their ongoing injuries and Caio Ibelli (BRA), Frederico Morais (PRT) and Marco Mignot (FRA) will replace them.

Marc Lacomare (FRA) has been selected as the Quiksilver wildcard and Jorgann Couzinet (FRA) has earned his place in the event as the highest-ranked French surfer on the Qualifying Series Rankings following the conclusion of the EDP Billabong Pro Ericeira.

Pictured: The Red Bull Airborne France is a spectacular addition to the show in Hossegor. – Credit: WSL/ Poullenot

18 surfers will be featured across two rounds. The first round will host six qualifying heats (Qualifying Rounds 1 and 2) with six surfers in each heat. The second round will be the six-person Final.

The first call will be tomorrow, Thursday, October 3 at 8:30 a.m. local time for a possible 9:05 a.m. start at Les Culs Nuls. Event organizers will assess the conditions and decide the day’s competition schedule.

The Quiksilver and Roxy Pro France will be broadcast LIVE on WorldSurfLeague.com, the WSL’s Facebook page, and the WSL app. Also, check local listings for coverage from the WSL’s broadcast partners.

Surfline Forecast for the Quiksilver Pro and Roxy Pro France

IT’s all systems go for the first international climate change partnership to be hosted in the Kouga region. 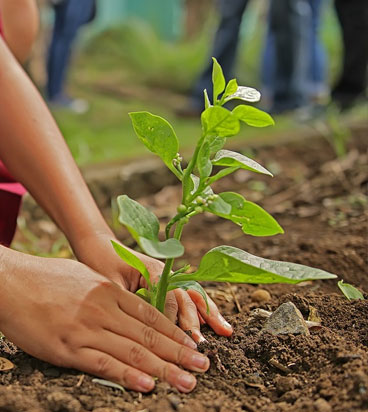 Set to take place from 9 to 11 October in Jeffreys Bay, the workshop will bring together more than 100 delegates from nine countries to discuss how municipalities can help minimise the harmful impact of climate change on communities.

“We are very honoured to have been chosen to host the workshop and look forward to three days of fruitful engagement with our counterparts from across the globe,” said Kouga Executive Mayor Horatio Hendricks.

“The Kouga region has not been immune to the negative impact of climate change. We are facing one of the worst droughts in recorded history while rising ocean levels have led to widescale beach erosion in our coastal towns.

“The prolonged drought not only threatens water security for our communities, it also affects key local industries such as agriculture where jobs have already had to be shed.”

He said the workshop was a continuation of Kouga’s climate change partnership with the German municipality Ilsfeld.

Hendricks said the main purpose of the workshop was for the partner municipalities to present and discuss the action plans they have been working on jointly for the past two years.

The workshop will include a talk by Dr Peter Johnston, a climate scientist from the University of Cape Town, on the role municipalities play in climate mitigation.

The delegates will also undertake site visits, including a mass tree-planting ceremony at the Kruisfontein Multisport Complex in Humansdorp.