South Africa’s Jordy Smith (Durban) and Michael February Cape Town) finished ninth and 25th respectively in the first CT event to be staged in artificial waves in nearly quarter of a century.

Smith narrowly missed out on the eight-man final group after finishing in seventh position in Friday’s qualifying session. But Smith was overtaken by three surfers in Saturday’s action and was one of four surfers allocated equal ninth place prize-money and ranking points.

The captain of the Rest of World team that in May won the Founders Cup preliminary event at the Kelly Slater Wave Systems facility 160 kms inland from the California coastline, Smith moved up one position to 6th on Jeep Leaderboard heading into the final three stops on the 2018 tour.

Caption: Jordy Smith tucks into the tube on his way to 9th place in the Surf Ranch Pro pres. by Hurley. Credit: © WSL / Cestari

February started his campaign for a spot in the top 8 in the event on Thursday, but top scores of 5.0 for his best left-breaking wave and 6.1 for his best right left the 2018 rookie grouped among the 12 surfers who exited the event in equal 25th position overall.

Sunday’s victory is the first of the season for Moore and her first on the CT since the Roxy Pro France last year. The win sees the three-time WSL Champion take home 10,000 points and move up one place to World No. 4 on the Jeep Leaderboard with two events remaining in the women’s CT season.

“I’m ecstatic to walk away with a win at the Surf Ranch Pro and this facility is such a new thing, so it’s such an honour to be a part of. It’s been a crazy year so far and we have two more events, and I’m just super stoked. My biggest goal is just to finish the year off strong and re-qualify because I’m not in the Title race. I just want to have a strong performance and gain some confidence hopefully for next year.”

The surfer from Hawaii dominated the Final Day from the start and posted two excellent scores on her first run to claim first place. Moore went on to improve her total with an incredible second run where she earned two excellent scores and a 17.80 total (out of a possible 20). It was Moore’s decimating forehand that proved to be the dominant factor for the win.

Medina takes home his second CT win of 2018 with victory at the Surf Ranch Pro, now earning back-to-back wins against the world’s best. The 2014 WSL Champion narrowed the gap between him and Jeep Rankings Leader Filipe Toledo (BRA) with his 11th career CT win.

“It was amazing to win again, especially here at the Surf Ranch, and it feels good to get a little closer to Filipe (Toledo),” Medina said. “Filipe is so dangerous, he’s probably the best at the Surf Ranch, so it’s special to win. There are no words. I am so happy right now. I surfed the way I wanted to. It’s totally different from surfing in the ocean, but I’ll take it! It’s the most high-performance wave I think we’ve ever surfed and it’s good to feel we are on level ground with the other guys. There are three more events so they should be fun ones.”

Medina’s win today looked to be in jeopardy after an uncharacteristic fall on his opening left, but he was quick to bounce back and posted an excellent 8.73 on the right run. Medina then went on to take advantage of the makeup left granted to competitors due to the infrequency of wave quality and soared his signature, ending air manoeuvre to earn a near-perfect 9.13.

Six-time WSL Champion Stephanie Gilmore (AUS) could not quite put her dream run together on Finals Day, but still finished in second place. The Australian’s brilliant performance on her last run earned her an 8.87 (right) that moved her up to second place over World Title contender Lakey Peterson (USA) and 16-year-old rookie Caroline Marks (USA), who both failed to improve their score lines. Gilmore will retain the yellow Jeep Leader Jersey and has increased her lead over Peterson heading into the Roxy Pro France.

Toledo continues to be one of Surf Ranch’s most dynamic performers and one of the sport’s greatest showmen. The current World No. 1 showcased his incredible aerial antics once more, landing three airs on the wave that earned him an all but perfect 9.80 (out of a possible 10). Now, the Brazilian heads into a crucial European leg with Medina only 3,100 points behind him.

The Surf Ranch Pro provided the first artificial wave to host World Title implications since 1985 and both the men and women’s Word Title races heated up in Lemoore this past weekend. While the Toledo’s impressive lead has been cut in half by Medina’s impeccable performance, Gilmore created an even greater deficit between her and Peterson.

For highlights from the Surf Ranch Pro pres. by Hurley, please visit WorldSurfLeague.com.

The next stop on the WSL Championship Tour will be the Quiksilver and Roxy Pro France. The competition window will open on October 3 and run through October 14, 2018.

Photos taken prior to SFPO technical team with Kouga municipality to restore the parking area and beach access. 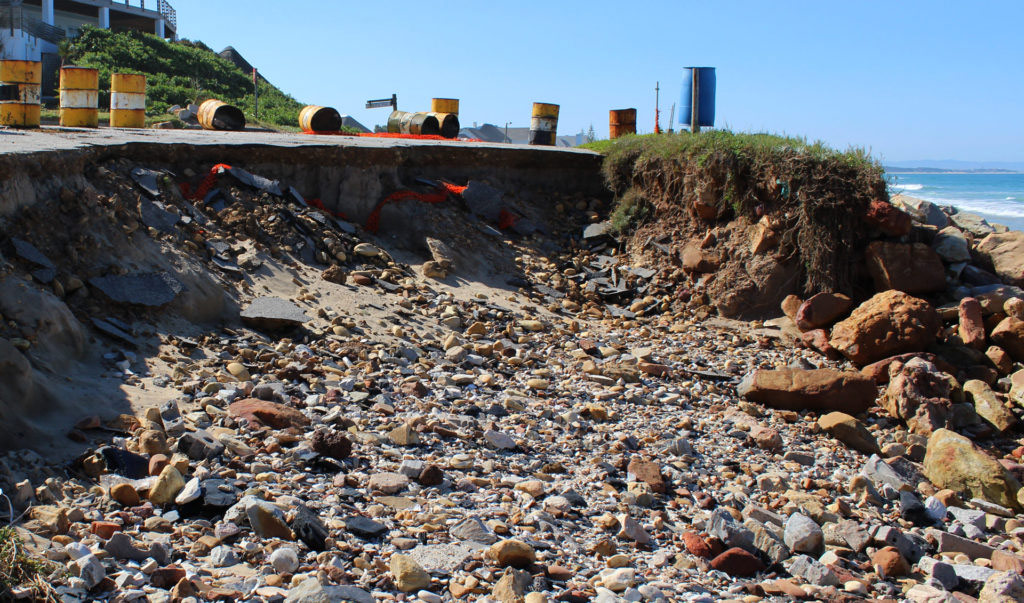 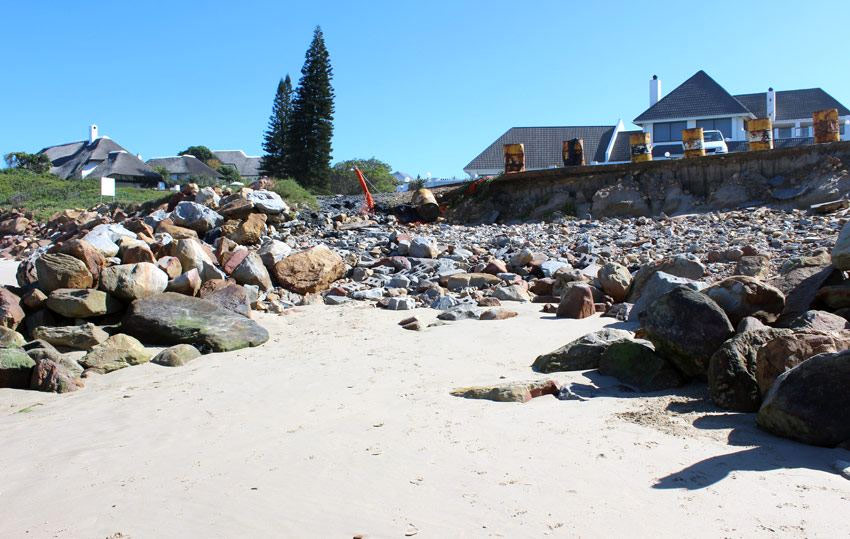 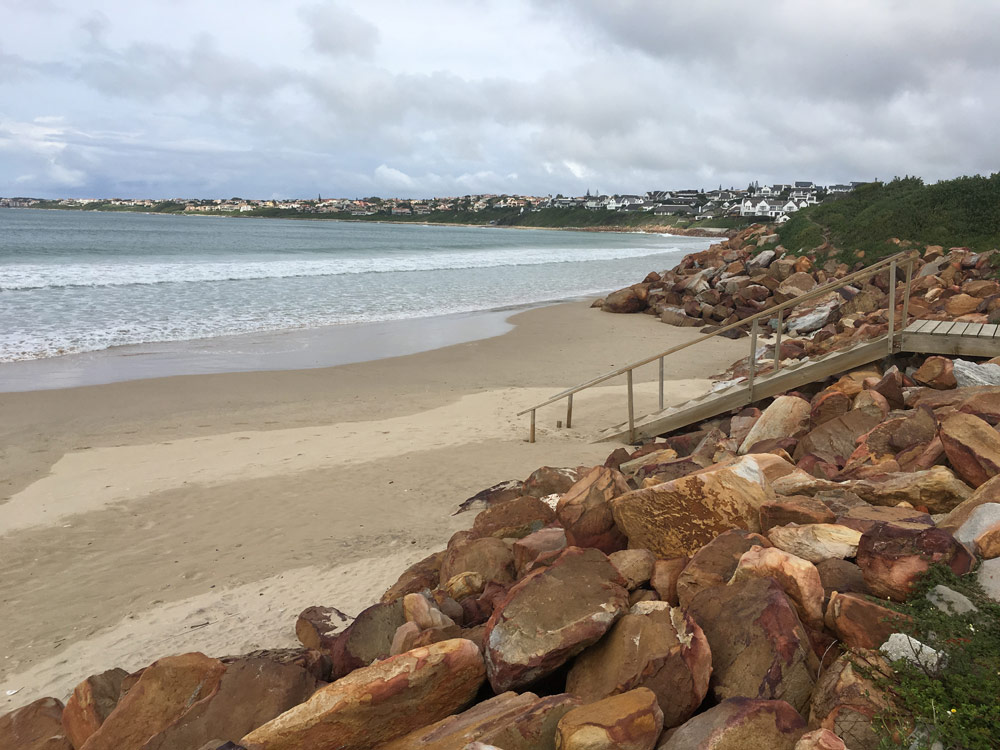 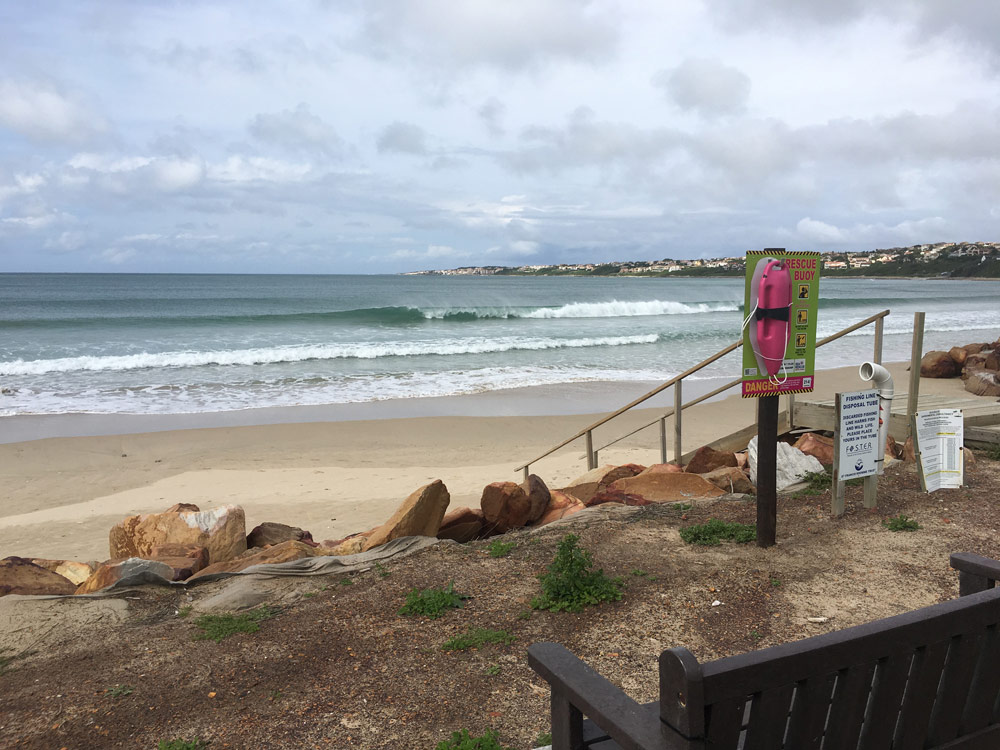 After the weekend storm surf 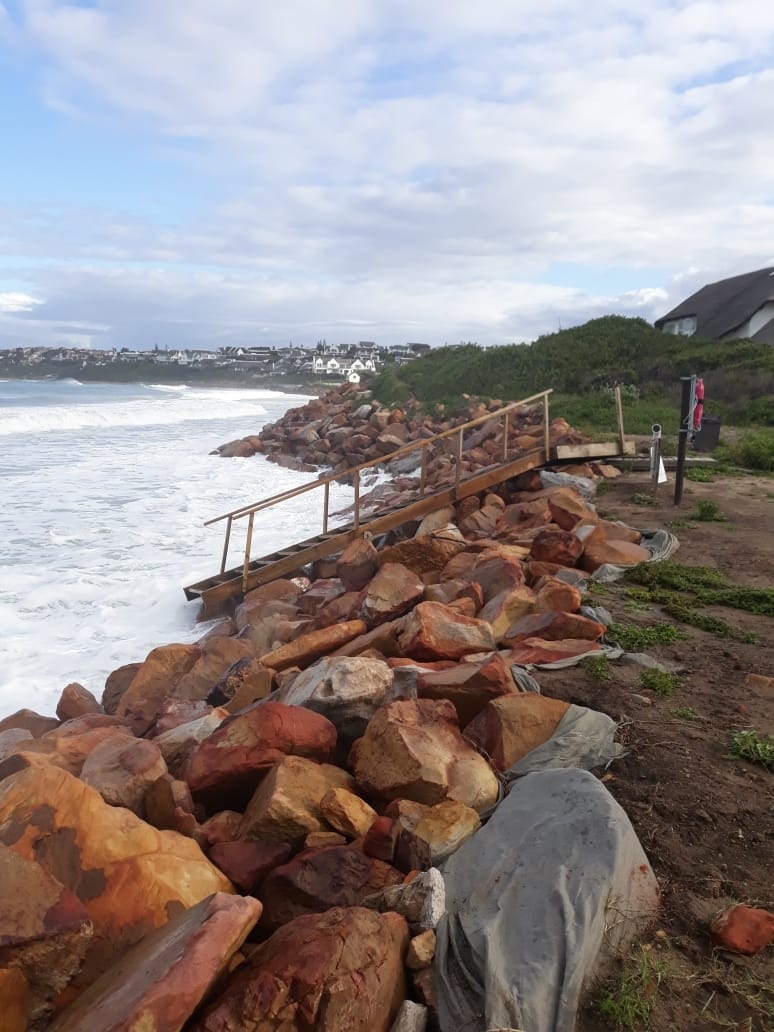 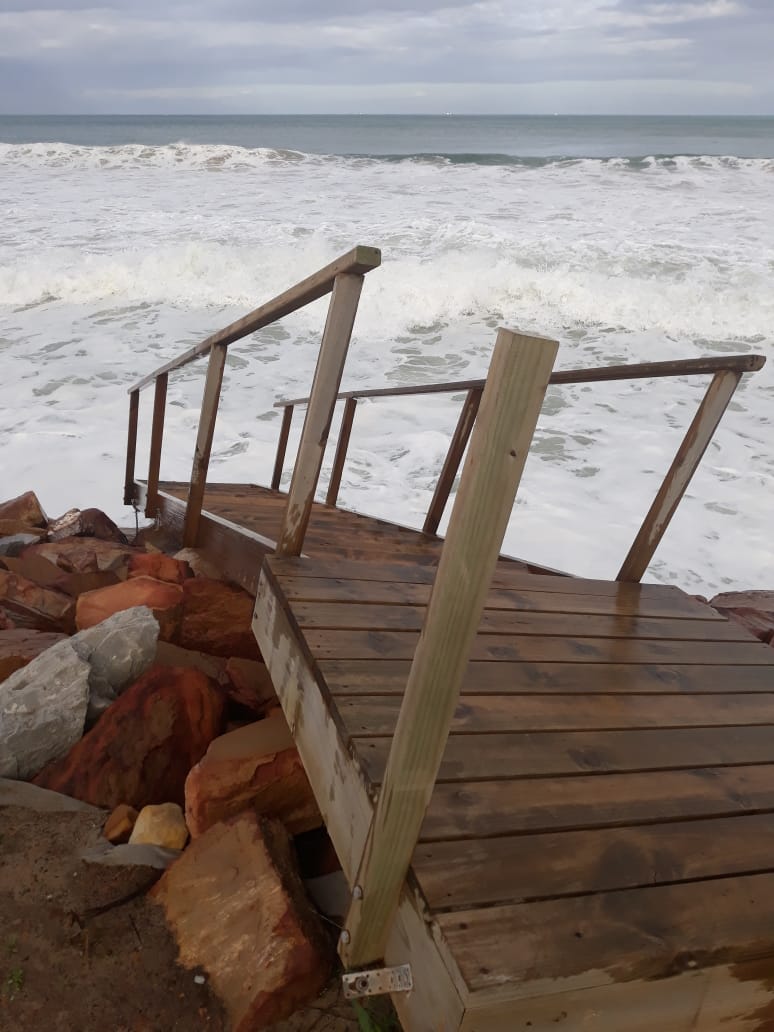 We simply have to do something positive to save our beaches and our town.

Bushman’s River Mouth Grandmother publishes her first book of poetry at the age of 84!

Write-On Publishing of St Francis Bay is thrilled to announce the publication of a beautiful little book of illustrated poems – “Apples from the Soul” – by 84-year-old Bushman’s River Mouth grandmother and artist Wendy Barker.

Wendy, an art teacher and artist of some renown in the Port Elizabeth, Uitenhage and Port Alfred areas, discovered her talent for poetry when she attended a life skills seminar some years ago.

As Wendy puts it in her “preface” poem, called simply “Apples”, in the book:

Wendy says she discovered that she had a lifetime of thoughts and observations that she would like to share, so she has brought some of these thoughts to life in the form of poems about the past, present, family and life in this her first little book of poems. However, her talents do not end there – being an artist, she has whimsically and lovingly illustrated each poem in soft watercolours and crayon,  in a beautifully naive style which matches her poetry perfectly.

Her poems range from some very personal and deep thoughts about her family and aspects of her long and very full life, to her feelings about everyday things like trees, summer rain, birds, listening to music and even “To Oprah”! They are utterly charming, and some are very thought-provoking.

This is definitely a book to keep by your bedside and read again and again when the mood takes you.

Wendy will be launching her book at 10am on Friday, September 21st at, appropriately, the Red Apple Emporium restaurant and art gallery in Bushman’s River Mouth.

Wendy’s book may be ordered from Write-On Publishing’s Online Store at www.writeonpublishing.co.za/the-store

Books may also be purchased at various outlets in Kenton-On-Sea and Bushman’s River Mouth, and  at Fogarty’s Bookshop in Walmer, Port Elizabeth.

A far prettier picture than a fortnight ago when we compare the dam levels. Although dam levels have risen significantly we are far from being able to relax on our use of water for the combined levels of the dams in the Nelson Mandela Bay catchment area are still below 40%. Hopefully we will still receive more good rains before summer and the expected influx of visitors to our shores for should our dam levels not increase significantly we will, come next winter, be back in the same position as we were this winter so we need to continue SAVING WATER

Dam Levels as at 27th August