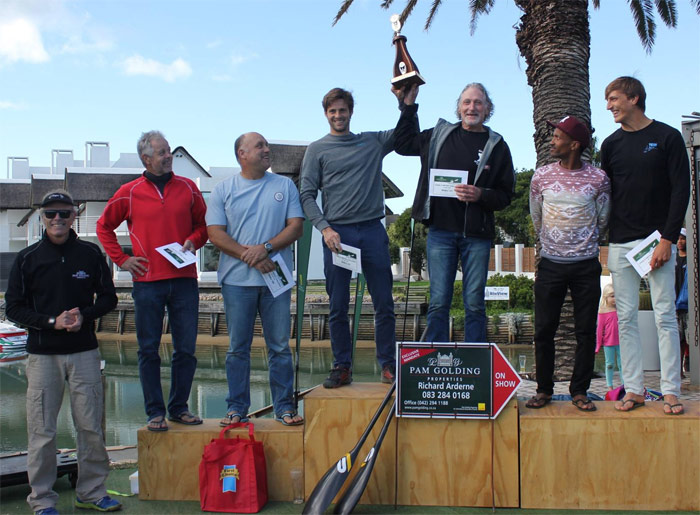 The weather in St Francis can truly serve up wonderful weather at the very last moment as it did on Sunday for the 10th annual Pam Golding Properties Canals Winter Challenge for after a truly awful cold and windy Saturday, Sunday 24 July 2016 dawned a perfect: sunny and calm day, making for a very pleasant morning paddling.

The event is a doubles event but Singles were also welcome although the prizes were only for doubles. The event saw some 62 paddlers compete which was a 20% increase on the 2015 event.

Soon after the start, the field, as always, split up into bunches with Greg Louw/Rob Welsh and Phil Smith/Josie Williams breaking away, with the second batch consisting of Kevin Klette/Lean Nowers, Gary Atkinson/Richard Arderne, and National u14 champs, Graydon Mitchley/Jordy Malherbe following closely

In the end it was Rob Welsh and Greg Louw who took the 20km title followed by Joseph Williams and Phil Smith just 2 seconds behind, a closely fought contest indeed, with Kevin Klette and Lean Mowers in third spot. The 10km race saw the versatile Amica de Jager (she appears as comfortable on the water as she is in the water) and Vilem Horak followed by Dean and Dale Abrahams with Rob Smith and Antoinette Scholtz in third.

As always the Quaysyde proved to be very popular, with some paddlers enjoying a few beers in the sun for many hours after the prize-giving. 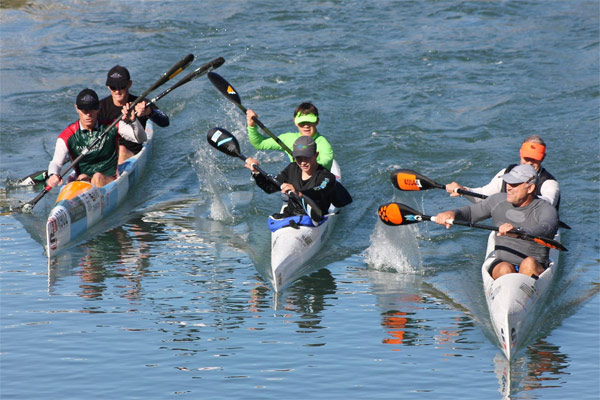 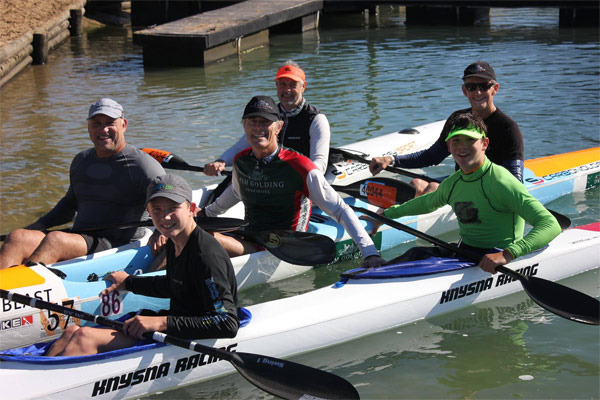